A rare occurrence; my husband had taken the kids to see Tranmere play Forest Green on Saturday (0-4 but Tranmere are still 2nd in the league).  So, finding myself at a loose end I headed down to New Brighton’s Victoria Road for a few quiet pints.  And then I heard about Festevol and Hope, the anti-supermarket. I arrived at 6pm, knowing no one, and immediately spotted Alan at the side of a decent crowd who were dancing with some gusto.  Alan is father to Robert Rondle, a musician with the band Full House UK (on SoundCloud).  You can tell music is a passion of his.  Think of an older chap with a full head and beard of white hair and sparkly, youthful eyes.  His voice matched his eyes, like talking to a 20 year old trapped in Gandalf’s body, if Gandalf were around 5 ft 2. He was taking insightful notes and gave me a crash course in music reviewing (thanks Alan, your enthusiasm made me write this).

Now I’ll be honest here, I’m a mum who rarely drinks and discovered a pop-up bar at Hope run by the excellent Carnival Brewing Company, based in Liverpool at Princess Dock.  A few pints of the most excellent Carmen Mosaic Pale Ale with its tangy hoppy notes (4%), and my own notes get scrawly. They sold out before the last band had finished so I was clearly not alone in loving their beer. So, what was intended as a music review quickly became an event review.  And what an event.

Firstly, the venue.  Hope Anti-supermarket used to be a supermarket, and indeed many of the crowd I spoke to had shopped there in its previous incarnation and loved the repurposing of the building.  It still has hints of its supermarket past – you walk through big plastic screens into the old storage areas to access the toilets. In the entry hall a checkout belt functions as the ticket desk.  It’s a big space, but has been cleverly zoned to create a permanent bar area, stalls around the edge which function as extra bars or, at other events, pop-ups of all kinds, and a sizable dance space in front of the stage.  The acoustics are great.  The sound system is loud and crisp. Hope Anti-supermarket is the brainchild of Dan Davies, the founder of Rockpoint Leisure, a company which has revolutionised the main street in New Brighton, turning once derelict buildings into successful, vibrant bars, shops and restaurants.  Hope. The venue lives up to its name, especially when it hires music promoters like clubevol ((20+) EVOL | Facebook) to put on such an excellent showcase of local bands and performers.

Now, the music (and this will not be in order as my notes are not). The Merchants, a local 4-piece. Uplifting lyrics with honesty.  A group that you can relate to; between tunes the frontman, Harry Bowness, thanked the crowd with the words ‘It was a really skint January, so nice one for coming down’.  That got a good response as did their set.

Pycho Comedy.  High Octane. Enthusiastic crowd reception. An art collective from Liverpool, they play rock with panache, and have a very charismatic frontman with a distinctive look who gives a great vocal performance.

Torture and the Desert Spiders.  Honestly, I missed this gig by singer/songwriter Anna Kunz but a search online describes her as a rising star in Liverpools ‘DIY punk scene’ (thanks BidoLito).  I have no idea what DIY punk is, but I can talk about Anna.  We met outside where she was buying a Peking mock duck bao bun (‘that’s fucking awesome’ she enthused) . She’s a delight.  Full of buzzing energy that explodes out of her in cascading words and constant movement.  Open, approachable and fascinating, hanging out with her is like pressing play on the best audiobook ever; snapshots of her life are narrated in a jazzy, punchy New Jersey accent.  She puts you in a spotlight when you are talking, makes you feel special.  But this isn’t fakery, she just has that effect.  I wish I’d not missed her set but thanks to Youtube there’s other ways to access that incredible voice of hers.

I have extensive, if hard to read, notes of Pagans S.O.H. (Shepherds of Humanity).  As far as I could tell they were the only band not hailing from the local area – they’re a 4-piece from West Bromwich.  Highly interactive with the crowd and invested in their performance.  A delightful mish-mash of hiphop, punk, rock and even metal (to my blurry ears). The drummer and guitarist acted as excellent support to the lead singer, both musically and performatively.  Not one but two band members ended up performing off-stage amongst the crowd, which really upped the atmosphere.  There was leaping, smiling, happy shouting and generally a great feeling.  Memorable and fun.

By the time Zuzu played, I was no longer taking notes.  It would have been a diss to the band to be doing anything other than focusing on their performance (and I was pretty pissed).  Aesthetically they are like a beautiful photo shoot for DMs (only the drummer wore trainers), a trait I found endearing as who doesn’t love a well-built and hard-wearing shoe? (Cheap shoes are a false economy.  Get the good ones if you can afford them. Ok, rant over).  Vocally, the lead singer’s voice has a wonderful emotional range – you believe every word she sings.  The lyrics are enchanting.  At one point I counted 17 people singing along; this is a band with a following.  As the headliners, Zuzu were really well chosen and had a great turn out and crowd response.

I’m sure there were other performers, but sadly I got too caught up in it all to keep up.  Sorry Alan, if I could only find you and compare notes!  I met lots of artists milling about in the audience, if there was a backstage area these were not the kind of performers to hide away with their egos.  The lead singer of Zuzu was friendly and chatty.  Will, the lead singer of one of the bands from New Brighton, took time to explain his influences to me: “Elvis, Lennon, Amani’s You”.  It turns out his landlord is Danny Davies, and he’s clearly a fan of Danny’s work in the area. Not many landlords get such a good write up.

And now, to my favourite part, the people that can make or break every gig, the crowd.  Evan, from North Liverpool came because they were attracted by it being a smaller alt-music crowd, safer and friendly.  They were not disappointed, and, looking around, said with a huge smile ‘It’s chocca’.  There were no obvious overriding subcultures in attendance, rather a varied mix of people of all ages, though mostly 18 – 40 I’d guess.  People from Moreton, Egremont, Liverpool, Birkenhead and New Brighton.  The sentiments expressed were positive, ‘it’s just boss to be wearing a wristband at a gig again’ said Alex from New Brighton.  He wants to see New Brighton host its own gay pride parade, and he has hope.  Hope has given him hope. Lula said ‘there’s often knobheads around, but not here’.  And she was right, I saw no violence, no arguments, not even excessive drunkenness.  Mostly, it was just super super friendly.  I came alone, and left with a group of 8ish wonderful people to drink excellent cocktails in the nearby Habibi. Thank you to Hope, ClubEvol, the performers and all you lovely people that chatted to me and made my night awesome. It was indeed a rare night out. 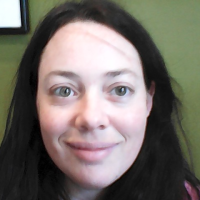 PA and funding bid writer to a productions company in Manchester. I now live in New Brighton with my family, cause I like the sea. I have been a performance poet, DJ, co-founder of an arts company, EFL teacher, events manager, bar staff, cleaner, pot washer and puppet maker. Still searching for what I want to be when I grow up and enjoying it immensely . Best tools for life: a gluegun, decent penknife, pen and paper. Favourite things: regional accents, linguistic research, well written novels, cryptic crosswords, mystery tours, stand-up comedy, looking out the window, electronic music, colours. New festival ‘Neck of the Woods’ announce line up