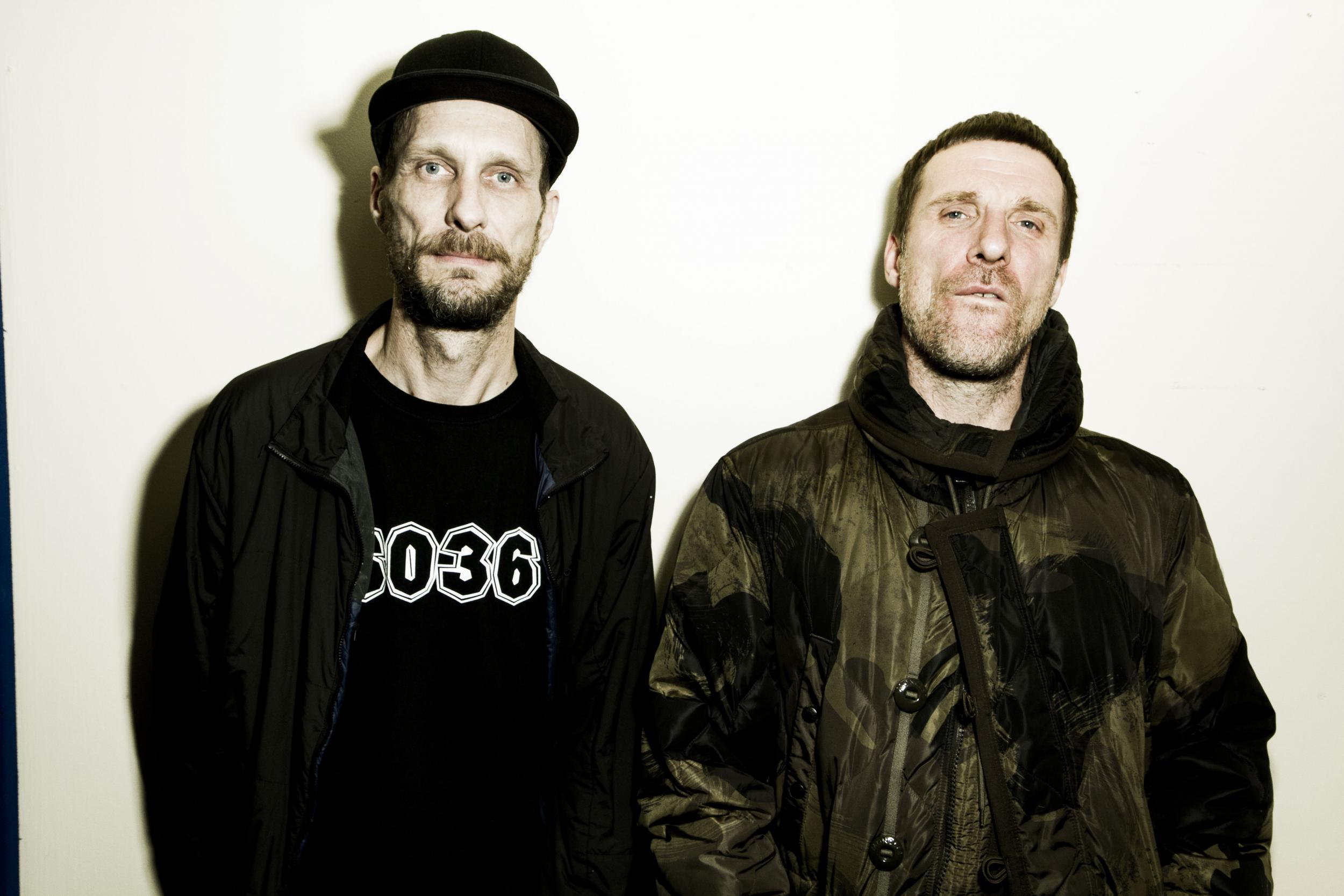 The stripped back combination of Andrew Fearn’s substratal beats and Jason Williamson’s spat-out punk poetry creates a raw and visceral live experience. The intensity of Williamson’s performance is made all the more affecting by its undeniable sincerity. This is not an appropriated fury for commercial gain, but a vivid and guttural expression that has been wrought through hard-lived experiences. It is this that allows Sleaford Mods to connect so profoundly with their audience.

Their live shows are not be missed so, it’s fortunate that Sleaford Mods will be playing Liverpool’s O2 Academy this Saturday. We caught up with frontman, Jason Williamson ahead of their performance to discuss their new album Eton Alive, his take on the 2019 cultural firmament, leaving Rough Trade and the details of his secret posh life.

You’re back to Liverpool just after the release of the new album Eton Alive. What’s your quick capsule review on the new album?

2019 – What do you see when you look at the artistic landscape in Britain today?

Commercially it’s shit really. Few good things but crap mostly. Aside from that the rest is to vast to know. There’s good things happening of course.

The Kebab Spider video sees you collaborate with the fantastic Roger Sargent – known in for his work with The Libertines. How did you come to work with Roger?

We met Roger a while back doing pics for English Tapas. He’s proper. We had him back for a photo session for Eton Alive. Then it went from there. Yea I love the Kebab Spider video. He’s doing our next single too, the video I mean. We just shot it this week.

Eton Alive will be the first release on the new label you set up, Extreme Eating. Can you tell us how this project came about?

We left Rough Trade prematurely on the advice of our old manager. We’re good now. In a good place, but it was a hasty decision.

A post-Brexit vision of Britain in 100 words?

Last year saw you release your third batch of short stories, Happy Days. Was writing a long-held ambition of yours?

The writing came early in on the Sleafords’ thing. I started doing articles for mags n’ papers and it slowly came to a point where I’ve been doing short stories. I like it. They’re good. It gives me a bigger scope for what I want to say in many ways. It was definitely a later life thing.

We hear you’ve got an acting role in the pipeline. Can you tell us anything about the possible acting role and your favourite film?

It’s in early stages. An indie film, not Hollywood or owt like that haha. It’s based in Notts. We’ll see. I might not get it yet! Favourite film? Rocky 1! Classic.

Google ‘Jason Williamson Seaford Mods’ and this comes up: “Jason Williamson is an assistant professor at the University of Virginia’s McIntire School of Commerce. He has worked with leading Fortune 100 companies including Oracle, GE, and Capital One, and was the co-founder and CTO of BuildLinks, the construction industry s first SaaS/CRM offering.” Care to comment?

With new albums coming from yourselves and Fat White Family it’s gearing up to be a good year.

Fat Whites might be good. Singles ok innit. Anything else? Dunno. Not thought about it really.