Scot Williams, star of films such as Backbeat, Hillsborough and The Crew, brings one of the most powerful plays ever written to the Liverpool stage for the very first time. FESTEN, a stage adaption of the Cannes Jury Prize Winning Dogme film, will run for three nights only on May 23rd,24th & 25that The Hope Street Theatre.

Due to the nature of the play, Scot has teamed up with NAPAC (The National Association for People Abused in Childhood) and has pledged to donate 100% of proceeds to help aid this important charity.

Career of one of Liverpool’s finest actors

Scot, who grew up in Wavertree, attended the Playhouse Youth Theatre at 16-years-old, where he was encouraged to write his first play ‘Growing Young’. Before the age of 22, Scot wrote and produced seven plays, which were showcased at the Unity and the Everyman Theatre. Despite writing numerous plays, Scot always wanted to be an actor and began writing plays to give himself a role, before starting his own acting company:

‘I formed an acting company called the Heard of Brutes and over about four or five years we staged a number of plays.It was in 1993 that I responded to an advert to audition for a film about the Beatles called ‘Backbeat’ and I got cast as Pete Best. Now the film has been hailed as quite a cult film.

‘After that the acting doors opened and more opportunities presented themselves, but I always continued to write and I still do. I think all good actors should write and vice versa. By the age of 20 I’d been in my first movie I was thrust into a career as an actor. I eventually moved down to London and got cast as a lead role in the West End before the television drama Hillsborough came out.’

After challenging himself with the discipline of wanting to write a novel, Scot’s first book is now complete after two and a half years of writing. His novel ‘The Cheval Glass’ is based on a play he wrote called ‘Hope’, which was produced on the Royal Court Theatre in 2013:

‘Its essentially about a writer who’s an alcoholic and he suffers from writers block so he decides to up-sticks to a house in the North Mojave Desert to write a novel. The plot is what happens to him over the next few days, and crazy things happen, its like a love story mixed with a psychological thriller with a huge twist.

‘As a play, ‘Hope’ has been my favourite thing to write because as I developed as an actor I got really into behavioural acting realism and my writing started to mirror that. Artistically writing gives me the most pleasure but I still immensely enjoy acting, as well as the technical production side of acting.’

An insight into FESTEN

The cast of FESTEN are undergraduates from LMA, who are being directed by Scot to help them achieve their degrees. FESTEN will then be reprised and produced at The Hope Street Theatre to raise money for charity. FESTEN is a famous Danish movie, and it won the jury prize at Cannes in 1998 and has since become a classic:

‘The father is an aristocratic man who invites his family to celebrate his 60thBirthday, but one of his daughters recently committed suicide. His son gets up to do a speech, and then he comes out with a giant bombshell, which shocks the family. The rest of the play is trying to ascertain whether this man is telling the truth or whether he’s insane. All these skeletons start coming out of the closet from this dysfunctional family and it becomes a cacophony of chaos.’

The important work of NAPAC

NAPAC are North West based charity which helps children and adults who have been a victim of abuse throughout their children. Everyone at NAPAC is a volunteer and they receive around 85,000 calls per year. Scot hopes that the proceeds from the play could be used for people to go into schools to talk about prevention of abuses and to raise awareness of the issue.

‘It means something personally to me. I have members of my family who have been abused, and if they’d have had a charity like NAPAC it would have made a world of difference. Some people don’t come out until people have died, out of fear of upsetting others and due to repressing memories. The idea of NAPAC is to help people who were abused as children, but they can also be adults.

‘I feel like theme of FESTEN links well with NAPAC as sometimes it helps for people to see a character overcome what people are going through. It can encourage people to come forward and speak about their own experiences.’

Peter Saunders, Founder of NAPAC said: “This is an important piece of theatre that shines a spotlight on the challenging issue of child abuse. Childhood trauma damages people, but recovery from abuse is possible at any stage in life. We hope this show raises our profile and brings in some vital funds to help NAPAC meet the growing demand on our support line.”

Tickets available hereand FESTEN is not suitable for children. 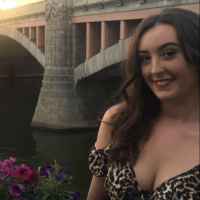