Stewart Lee returned to Liverpool last month to perform his Content Provider show and to add to the excitement, each ticket holder received a limited edition of the new DVD for Series Four of Stewart Lee’s Comedy Vehicle.

The Philharmonic provided a great venue for Lee and Liverpool’s most cynical could be found in the audience. The stand-up comedian, writer and director loves nothing more than sharing his worst reviews on his website. His tonality attracts a smug audience. Yes, we know it all, apparently!

Lee performs with a glint in his eye. He warms his audiences with sweeping statements and builds in themes for his arguments later on. His repetitive ideas weave a clear tapestry, or ‘carpet remnant,’ even? Lee knits jokes. His views are interlaced, bringing them full circle at the end like a cleverly knitted tea cosy.

It’s impressive. He blends his script effortlessly. His now trademark ink-scribbled hand, covered in notes to himself, adds to the effect of a man who knows what he’s doing. He tells us during the show that it is he who knows best about comedy; that he is the expert! He plays a frustrated character of himself. It is fun to join in his game of exaggerated exasperation. Knowing his audience well, Lee plays it cool as we play along with his frustrations with ‘people under forty years old’ and Brexit voters alike. His metaphorical knitting needles click (often in the long silences, that provide more opportunities for laughter). In knitting terms, he finishes with a cleverly knitted jumper at the end of every show.

Born in Shropshire in 1968, Stewart Lee began writing and performing stand-up at the age of 20, having been inspired as an impressionable teenager by seeing the post-punk anti-comic Ted Chippington open for The Fall in Birmingham in 1984.

Most know him from his recent Comedy Vehicle Series on BBC2 which split viewers like marmite. Many find his smug delivery annoying, but (as part of the act) to his admirers we expect it and this tone means Lee can deliver brilliance by osmosis. A wry grin will teleport his contempt-won smugness to his followers.

He is the comedian’s comedian, and pushes boundaries further than a pop star in a refugee crisis.

Lee is multi-talented and if you don’t believe me, take a trip to London Zoo and hear him as the voice of the tarantula spider exhibit. He has written with his old comedy partner Richard Herring for years but since going it alone, Lee has had plenty of his own success. He’s won awards, directed, and after years of writing, his humble approach is refreshing too. These days, he is also writing as a columnist for The Guardian. He admits, “I decided to write like I was trying to get myself sacked.” His new book, Content Provider, is a selection of short comic prose pieces of his experience writing for a newspaper and that journey. Whatever he does, he approaches with skill and depth.

So, with my ticket bought and the promise of a free DVD, my Stewart Lee facelift was due. November and Liverpool looked ready. Lee was too as he jumped onto the stage in his black cowboy boots and slivery sideburns, looking suitably air-brushed and mischievous. Lee has me smiling from the outset as he describes Theresa May as a palette cleanser after Brexit. I sit back and settle in for my lift, feeling safely assured that my ‘lift’ is underway and my smile can be put on ‘automatic cruise-control’ mode for the next hour.

Those of us who have seen Lee before, know that it’s only a matter of time before he mentions the audience’s reactions to his jokes.

He has always commented during his shows about how well the audience receives his finely thought out quibbles. He comments on one side of the room laughing more than the other. Who got what jokes and why. His dissection of his own jokes feels like a deconstructed three-course comedy meal. We know the starter, main and dessert will compliment each other beautifully. Lee is a maverick in his delivery as always, but this time it was the Liverpool audience who had something extra special lined up for him.

I can’t mention the Liverpool show without talking about #crazylaughgate, as it became known on twitter. When Lee came to Liverpool, even he wasn’t expecting the audience appreciation that awaited him. A guy who I never saw (only heard), managed to get everyone raising their eyebrows. His loud, over-stated, cheese-grating, high-pitched laugh plagued the first half. During the interval we discussed the laughter that was sweeping through the show. Liverpool was curious. How Lee managed to concentrate through the overbearing drawn out laughter was a mystery! This weird laugh was coming from below us — maybe we had been spared some of the noise in the rafters? It was growing with every sentence — louder and longer. The audience at first gave some ‘Lee-way’ (pardon the pun) but then we realised the laugh was here to stay. It became a tense listen as we awaited the next outburst. The show continued and so did the laughter. Lee avoided its increasing notoriety. The audience strained their ears accordingly. In the second half, it felt like part of the show we were that accustomed to it!

Later on, when I had my (free) show DVD signed, I mentioned the weird laughter to Lee. He smiled, admitting it made him lose track at times. Clearly he was not expecting such a barrage. Even though some of his commentary on audience appreciation of his jokes had fallen victim to the loud man laugh, you could see Lee’s experience had won through. He carried on and in the second half even eluded to it when he mentioned that a comic’s fear of silence would be preferable to the overzealous laughter! The guy in front of me who cracked his knuckles loudly after each joke was only mildly annoying compared the injured seal warbler, as I now call him.

I hope Lee returns to Liverpool next year. I hope the seal warbler stays away and lets me enjoy my non-surgical facelift in peace. If Lee was ‘knitting’ Liverpool’s Christmas jumper, it would certainly have the words “Ho! Ho! Ho!” weaved onto its front and a seal laughing on the back! 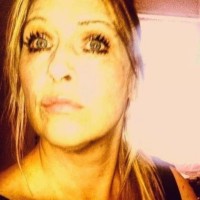