Since 1985, Glaswegian Duglas T. Stewart has been the leader and chief songwriter of BMX Bandits, who The Guardian called “Britain’s ultimate cult group”. Kurt Cobain famously said “If I could be in any other band, it would be BMX Bandits”.

BMX Bandits have released 16 albums internationally, and albums that BMX Bandits made in 1989, 1991, 1993 and 2006 have also been re-released on vinyl over the last few years. Duglas has collaborated with music legends including Dan Penn, Chip Taylor, Alex Chilton and Kim Fowley.

Duglas is also very experienced in the world of broadcasting, having been a producer, A.P. and music consultant on BBC television output including The Beat Room, Top of the Pops Saturday, Comedy Connections and T in the Park.

In 2013 and 2014 co-wrote and played one of the leads in the Tartan Features film Wigilia. The film was screened at festivals across the U.K., in the U.S.A. and Poland. Duglas recently completed his first movie score, co-written with fellow Bandit Andrew Pattie, for the forthcoming psychological chiller Dreaded Light.

Duglas and BMX Bandits are subjects of the acclaimed documentary features Teenage Superstars and Serious Drugs.

In Part One of this Episode, we talk to Duglas about his earliest memories of music.

We explore the origins of the BMX Bandits ‘sound’ and how the BMX Family came together. It’s fair to say that Duglas has an insatiable appetite for music, particularly for sharing and discovering new music. We discuss Duglas’ notion that music is its own international ‘language’ that doesn’t need words, and how the voice can be an instrument in it’s own right.

We also take a deep dive into some of the detail, background and stories that shape key BMX Bandit’s tracks.

This fascinating look into the incredibly diverse, creative world of Duglas T Stewart, will conclude in Part Two. 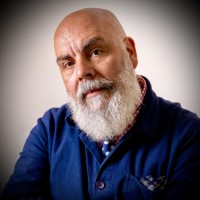