It’s safe to say that 2021 was a productive year for folk artist Jay McAllister aka Beans on Toast. While we were all complying with Covid restrictions and lusting for the return of live music, Jay was busy putting pen to paper. The result? A new book – Foolhardy Folk Tales and his fourteenth album to date –Survival of the Friendliest.

With the pandemic now past its peak and venues reopening their doors, no one could be happier than Beans on Toast as he embarks on a full UK tour.

Urbanista caught up with Jay to discuss the album, touring again and his thoughts on the world right now.

“Survival of the Friendliest is an album about hope. An album about why I think human beings are beautiful and brave and why I dare to be optimistic in a world full to the brim of bad news.”

Having previously penned an album about Covid, Jay felt it was time to let go of the negativity and focus on the joy to be found in simplicity, in nature and above all, in each other.

“It’s the most optimistic album I’ve ever made,” says Jay. “I don’t really know why that was my reaction the chaos. I think it was kind of testament to having a creative outlet. When I sat down to write the album, even though it was about this time last year, right in the middle of the doom and gloom, I just couldn’t be bothered to sing about it.”

Having already reflected on the impact of the Pandemic Jay says, “I thought about what we have left, the beautiful and great things that we should be celebrating, so I decided to write songs about those instead.”

The new approach has been good for Jay, while not oblivious to current events he has adopted a more positive way of processing them.

“The whole thing – the writing of the songs, the recording of the songs, and because we’ve done half the tour already, playing them live – I think I might just write happy songs from here-on out because it feels amazing to be focusing on the good.”

If you have followed Jay’s previous offerings, you’ll know that the name Beans on Toast has become synonymous with songs about politics, climate change and social justice.

“I feel like we need to be strong in our hearts and minds before we can tackle that. I guess that was a bit of the vibe of the new album, like a realisation. What are we fighting for?”

“When I come on stage, I say I’m not being naïve about what’s going on in the world, but does everybody just want to forget about all of that for an hour and a half, and celebrate the things worth celebrating? And everybody is like: “Hell yeah”.

It’s clear the past year has been a journey of growth for Jay. A year of finding Joy in simplicity and in human kindness.

I think we can all agree – the world needs more of that. 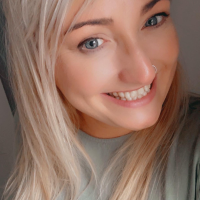