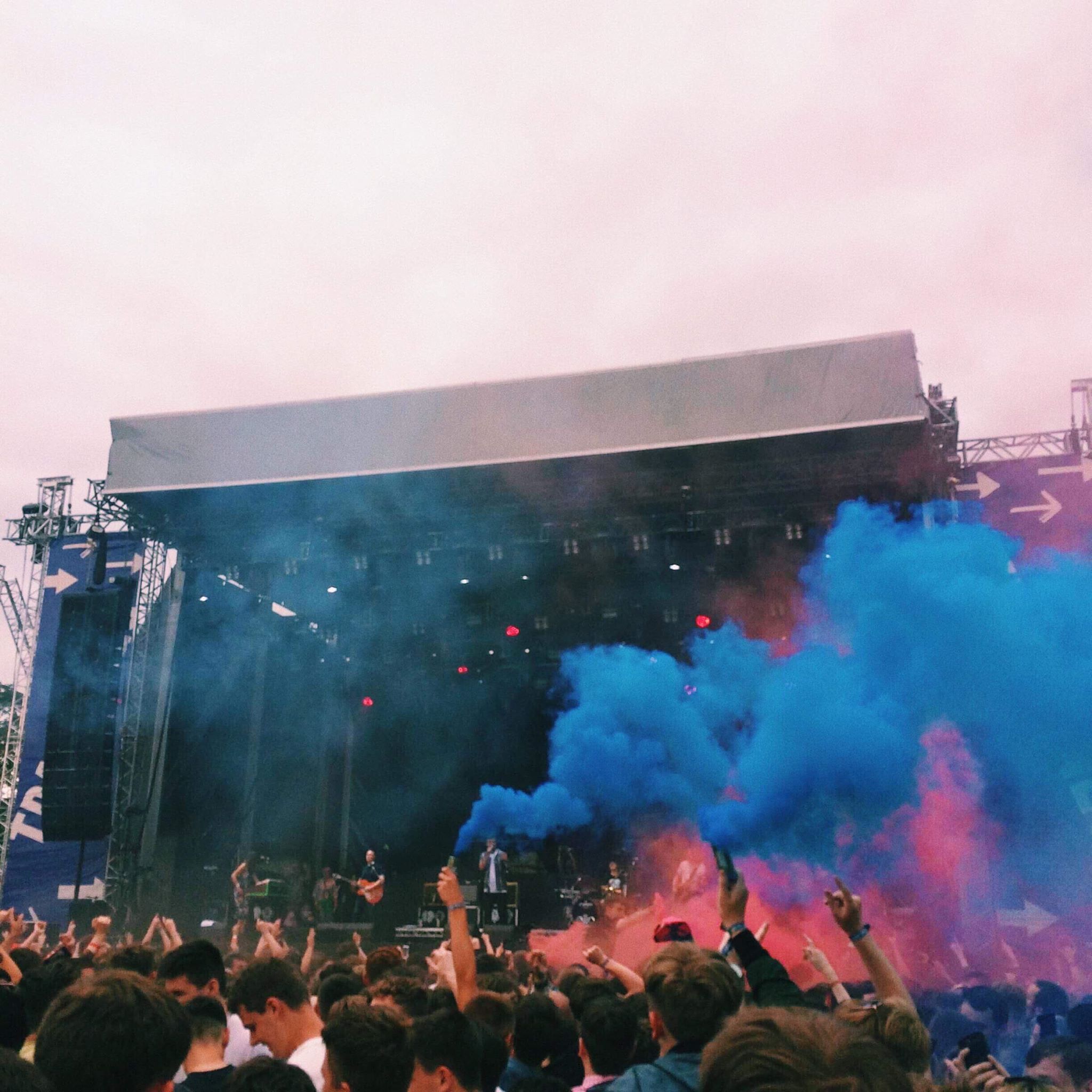 2018 has seen the UK festival scene seemingly crumble away in dramatic fashion, as many of the biggest festivals suffered huge setbacks. T in the Park had to be cancelled indefinitely as they struggled to compete with other festivals and had issues over the festival’s location. Similarly, V festival announced that it would not take place this year as Richard Branson pulled out of the 22 year long sponsorship. This meant that it had to be replaced with the new RiZE festival which although still offering some big names, it understandably did not receive the same attention as the previous branding. In addition to these, the British heritage of Reading and Leeds was heavily criticised for its line-up. You cannot say that it doesn’t feature good music, but for a festival that has been the pioneering Indie-rock event since before I was born, I too, felt that the organisers have slightly lost touch with the thriving culture of guitar music. It is as though they have attempted to accommodate for the “two tribes…among the under 25’s” that T in the Park organiser Geoff Ellis has talked about. Yet, combining guitar music and EDM has resulted in compromises that leave many long term fans of Reading and Leeds frustrated with the line-up. These problems have been surfacing slowly over the past few years, and although certainly sad things to see, they have given a huge opportunity for newer, alternative festivals to develop their fan base. These events have become increasingly popular, boasting high quality, audience targeted line-ups without the claustrophobic intensity of some of the bigger competitors. I was lucky enough to travel to the Sheffield based Tramlines festival to experience the logistics of a non-camping event, and hopefully to understand why these smaller, mid-range festivals are becoming the popular choice for music lovers of all ages. Well…the first major worry was the travel. This year saw the birth of Replacement Bus Service festival, as the Trams that the festival owes its name to were ironically cancelled due to strike over the weekend. However, this inconvenience was minor and had little effect on the festival experience.  After queuing for less than five minutes, I was in, and free to explore the central reason why Tramlines is so popular…the music! When looking at some other line-ups, you may get the impression that Indie/rock is dying, but as Alex Turner famously said, “It will never die!”.  Some festivals seem to book acts purely based on financial stats which leads to a line-up that would have been at its peak back in the mid 00’s. However, in contrast, the organisers of Tramlines, as they are made up of local venue owners and promoters, understand the current music scenes incredibly well and really pulled it out the bag for the 10th anniversary of the festival offering some of the best established and upcoming Indie, Rock and Alternative music. I decided to indulge myself in some of these smaller acts, housed on the Library stage. In addition to the local talent of Black Honey and the haunting sounds of Self Esteem was a band who I have followed for a while now, the Indie-disco outfit No Hot Ashes. For a group without an album to their name, they were certainly up against it, competing with Stereophonics and The Mystery Jets for an audience. Yet, they did incredibly well in these circumstances, using their infectious, upbeat energy to engage the crowd who were, by the end, all cracking out their *best* dance moves along to the bands unmistakable funk grooves. Another gem that the Library stage had to offer was one of the best live performances I have ever witnessed… FEET. They engaged the crowd too, but in a different way. Bringing their Indie take on Garage Rock to the sweltering Hillsborough hillside, they created a full and immersive experience. Whether it was climbing on each other’s shoulders, playing each other’s guitars or sipping spilt beer off the stage, there was never a dull moment. It almost made me forget how incredible their music was! To create such a show on a small, open-air stage at 4 in the afternoon is an impressive task, but they would not have been allowed to create this experience without the stage operators, who, instead of getting angry, did everything they could to let the band perform in this way. It was refreshing to feel that the festival staff’s priority, as a whole, was to ensure that everyone enjoyed the music. The fact that they handed out detailed guides to the festival for free each day instead of the usual £5 charge of some festivals was a prime example of this. However, Tramlines isn’t just a festival of the undiscovered. It also boasted a host of acts that could compete with almost any festival. From Noel Gallagher to Clean Bandit, and Craig David to Jake Bugg and Blossoms, the weekend held something for everyone there, without compromising on quality. If you are a regular festival goer and keen mosher then there was plenty for you. Spring King and RAT BOY were two of the most intense mosh pits I have experienced, with RAT BOY ending his set in a crowd led countdown to a final punk frenzy of youthful angst, and we can assure you that no one had any drink remaining in their hands after that! On the other hand, if you love the music but prefer a more relaxed event then it was not too intense. Not crowded whatsoever compared to larger festivals, plenty of FREE areas to rest and take a break, and at no point did I see any aggression amongst any crowd. All I saw was a large number of young children enjoying themselves just as much as anyone else. This was a major positive of the festival that stood out to me. Whether musically, or just on a human level, the Tramlines organisers managed to rectify the failings of those that are struggling, they are completely in touch with those who attend. They have a genuine care for every individual who buys a ticket and have a genuine passion and pride for the music they are hosting. They seemed to have established an interwoven connection with the fans over the ten years, characterised by a main stage slot on the last day to honour the passing of the “driving force behind Tramlines” Sarah Nulty who recently lost her battle with cancer. Throughout the weekend artists took time to honour her work, met with great reception from the crowds which were filled with the #bemorenulty t-shirts. Yet another sign of how Tramlines has a more personal connection with the fans and has the appearance of a collection of passionate people, not a sole, money driven organisation. So, whether you prefer a weekend packed full of as much high-intensity music as possible, or you are searching for a festival to take your family, Tramlines will not disappoint, and will leave you feeling like you have contributed to the positive music culture that we all owe so much to. The Sandon complex gets planning permission for 19 bedrooms