Grand Central Hall is quickly making a name for itself as one of Liverpool’s most
authentic and stunning live music venues. The grade II listed building complete with
ornate décor, a seated balcony area and a fully functioning organ made the perfect
venue for the Stave sisters unequivocally beautiful harmonies as part of their Good
Woman tour. Formerly the quirky one-stop for all shop – Quiggins, as one of the
sisters pointed out mid set, it’s hard to believe it’s been here the whole time.

The venue was fitting, too, for support act Samantha Crain who filled every inch of
the room with a heavy and rich voice and graceful acoustic guitar playing, subtly
embellished with accompaniment from an acoustic guitarist.

Occasionally at a gig you’ll unexpectedly find yourself as a fan of a new artist, fondly
remembering their set as you scramble to remember the names of tracks and where
you can support them next. Crain ticked the boxes for all the latter and made an apt
choice of support for The Staves, hand-picked by the sisters themselves.

Hailing from Oklahoma, the solo singer-songwriter catered to a slow building and
restless audience for her first gig in Liverpool, but for those who were transfixed by
the unnervingly catching melodies, Crain’s nuanced modern folk sound would leave
a lasting effect.

her set appropriately, switching from subtle acoustic guitar before the bewitching
sound of pedal steel guitar silenced the room.

Crain impressed with both her vocal range and polished guitar playing. In an
affectionately creative play on the traditional classic This Little Light of Mine, popular
release Bloomsday was enriched with low notes that only further complimented the
depth of her voice, elegantly enhanced further by the grand Hall’s high ceilings.

The hidden gem of Crain’s set lay in a Richard Thompson inspired track with the
lyrics informed by a chance meeting with a woman in Elk City near her hometown.
The alluring sound of Crain’s acoustic guitar (tuned to reflect Thompson’s classic,
1952 Vincent Black Lightening) as a story unfolds in the lyrics reflects both her ability
as a songwriter and musician and assures Crain as a headline act in her own right.

After a 30-minute wait, an eager audience was welcomed with the soundscape
synths representing the introduction of Failure, as the Stavely – Taylors took to the
stage for their first show in Liverpool since supporting Swedish folk-duo First Aid Kit
in 2018 at the Guild.

The sisters instantly defined their familiarity to the craft walking straight to their
respective microphones and silencing the room with a perfectly rehearsed sound.
The attention to detail was not lost – a recurring element throughout their whole set –
as former LIPA student Jessica switched her fender jazz electric for an acoustic

guitar mid-song as the track picked up momentum. Album favourite Best Friend
followed as Jess, dressed in a sharp black blazer moved to the piano while her sister
accompanied her on acoustic guitar.

The hour and a half set was dedicated to the Staves’ third album release, Good
Woman but also featured gems from their extensive repertoire including I Can Make
You Want Me for which youngest sister Milly, looking angelic in a floor white dress,
honed a sweet-sounding ukulele as Jessica featured another of her impressive
instrument collection, this time opting for a hollow body Guild guitar.

Signed with Warner music since 2010, the Watford born sisters again nod to their
extensive experience in the music business and their comfortability on stage by
swapping from ethereal, transfixing harmonies to tongue-in-cheek banter by joking
that the band “fuck off” for fan-favourite Nothing’s Gonna Happen – leaving just the
two sisters and horn player Marcus Hamlet on stage.

Reflecting on her time in Liverpool as a student, Jess introduces a song from their
2012 album Dead & Born & Grown which was written when she lived opposite
Liverpool’s renown Anglican cathedral. Taking complete control of the room, the two
sisters were untouched by the adjustments of their new line up minus eldest sister
Emily who took time out from the tour to spend time with her first daughter, born in
2019. Whether as a duo, or with backing from their meticulously rehearsed band, the
sisters complimented each other’s respective talents throughout, with their
unmatchable harmonies taking control of the room. After acknowledging the absence

of Emily on the tour, the Staves affectionally praised her harmony replacement Rob
Pemberton, who duly accepted a warm applause from the synths.

During the impending release of their third album Good Woman, the sisters revealed
the incomprehensible grief which shaped the tracks after they lost their mother and
grandmother respectively within two weeks of each other in 2018. The result was a
sonically and lyrically evocative album expressing the sister’s strengthened bond and
musical transformation after experiencing the pain of loss and following a four-year
gap since their previous album release.

Their path to discovering new sounds was just as evident – if not more so – in their
live performance, driven even more so by an enthusiasm and excitement to “play the
songs off the album” after a two-year gap in touring. Strong vocals – made all the
more effective with some sang in unison rather than harmony – and mesmerizingly
slow melodies developing into explosions of synths and drums were standout
moments of Satisfied and Devotion, both single releases from the album.

Their set finished with a two-track encore of their 2017 single Tired as Fuck and the
album title track Good Woman – the latter resulting in an enthusiastic and perhaps at
this point – liquor induced sing along.

The Staves will continue the UK leg of the Good Woman tour across Leeds,
Newcastle, Nottingham, Manchester and London. You can buy tickets to their
upcoming shows here. 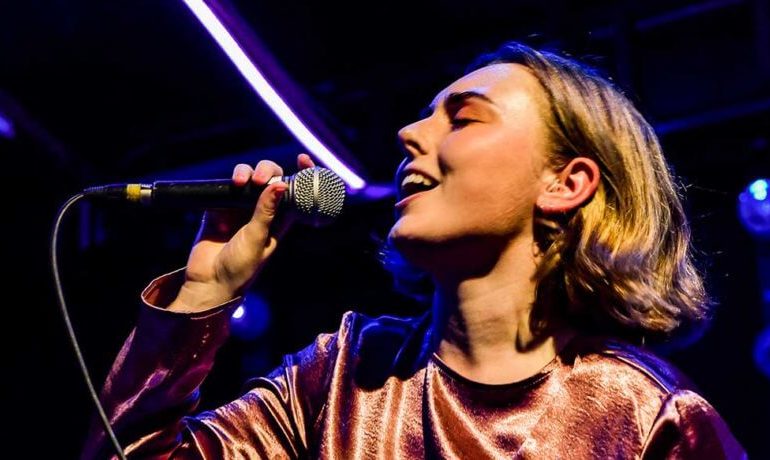