Shiiine On lineups pretty much speak for themselves. If 80s/90s Indie and Dance is your music, then there’s nothing more to add other than WOW – they know how to put together a great lineup, with all your favourite bands at one event! 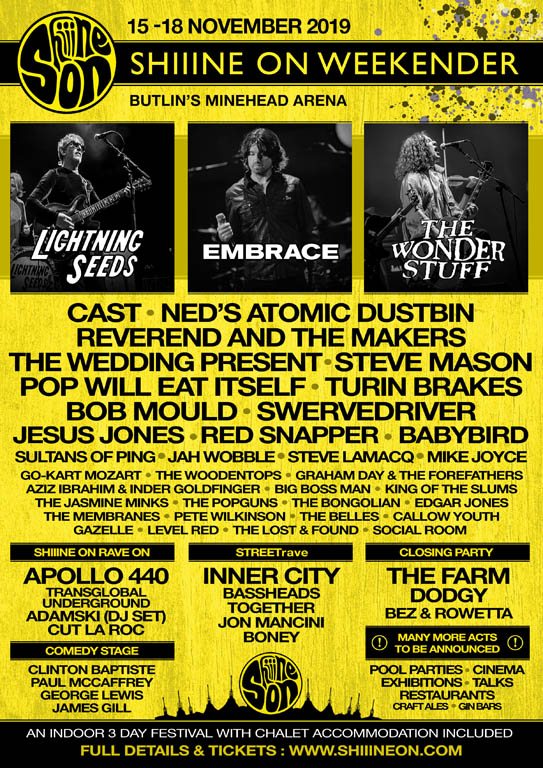 My first Shiiine On was the all-dayer in Birmingham last year, and it was pretty much everything I wanted or expected, and more! A friendly crowd enjoying great music and vibe.

But what’s even better than an All-Dayer? How about a Weekender!

It starts on the Friday evening, you’ve got all day Saturday, all day Sunday, and back home on Monday, all the while surrounded by like-minded people who share your great taste in music!

If you’re perception of Butlins is based on a certain BBC Perry & Croft sitcom, fear not – I probably address all your concerns in my review of the Great British Alternative Music Festival but suffice to say, they have great venues, excellent sound and lighting, comfy bed, a wide choice of superb food, helpful staff and definitely no nobbly-knees contests!

It’s hard to convey just how good it is to be at a live-in festival, without having to cart about a tent, or indeed sleep in one! With proper sit down meals, good bars and superb acts all day. Plus, if you’ve over-done it a bit, it’s nice to be able to nip back to the chalet for a quick snooze and a cuppa, but keep that between you and me 🙂

They join the acts already announced such as: Embrace, The Wonder Stuff, Lightening Seeds, Cast, Reverend & The Makers, Steve Mason, Inner City, The Farm, Pop Will Eat Itself, Swervedriver, Babybird, Sultans Of Ping and Jah Wobble.

Making their first appearance at the Weekender, NED’S Atomic Dustbin, will play the Main Stage on Sunday alongside headliners The Wonder Stuff and Pop Will Eat Itself in a never seen before festival line up of the three bands together who trail blazed the iconic “Stourbridge” scene… 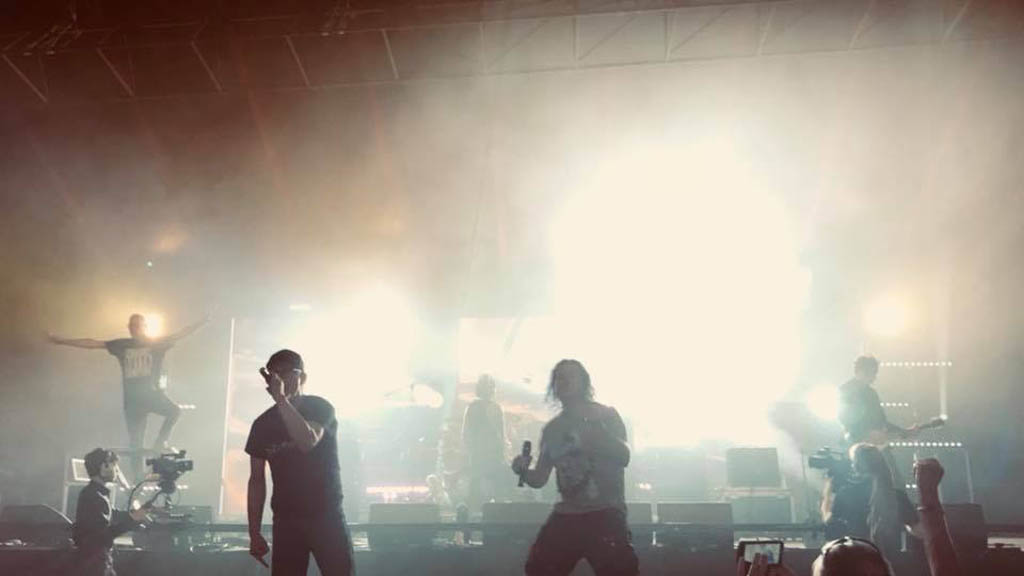 Also heading to the Weekender is the one and only Bob Mould. The Husker Du and Sugar frontman is responsible for influencing some of the biggest bands in history with likes of Kurt Cobain citing him as an influence. 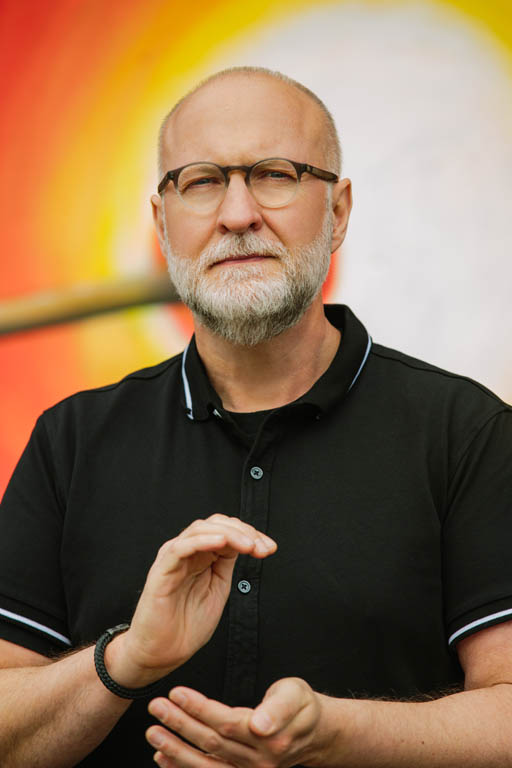 Also joining the bill are The Wedding Present. With David Gedge at the helm they have gone on to become one of the UK’s most longstanding and much-loved indie bands, with eighteen British Top 40 hit singles to their name. Not bad for a group that has, from its inception, stubbornly refused to play the record industry’s game.

Joining them in Minehead are million record sellers Turin Breaks who will play the Main Stage alongside Steve Mason and headliners Embrace. Indie Royalty, Dodgy are next to be announced. The band who are celebrating 25 years of their classic album ‘Homegrown’ are set to play the Sunday night closing party alongside The Farm and Bez & Rowetta.

The Dance stages at the Weekender this year are set to be epic. The legendary club night STREETrave are set to host the Saturday night Dance stage. Established in 1989, STREETrave hosted the original & best rave parties in Scotland.

Their room this year sees the legendary Inner City play live alongside other heavyweights and Bassheads and Together whilst there will be DJ sets from Jon Mancini and Boney.

The Friday night sees the return of Shiiine On: Rave On with Apollo 440 headlining. They will be joined by the one and only Adamski, Cut La Roc and Transglobal Underground.

Warp Records Red Snapper will be making their debut Shiiine On Performance. Hosting this years Indie Disco’s will be BBC Radio 6’s Steve Lamacq and The Smiths very own Mike Joyce.

Following their epic set on the Shiiine Minicruise, guitar legend Aziz Ibrahim and percussion maestro Inder Goldfinger head to the Weekender to perform their brilliant “Unfinished Monkey Business 2019” set. The set takes you on a journey, highlighting the unique South Asian musical expansion of the hit songs such as My Star, Corpses and Longsight M13.

It doesn’t stop there! One of the first ever signings to the legendary Creation Records, The Jasmine Minks make a rare live outing whilst Go-Kart Mozart led by the one and only Lawrence Hayward (Felt, Denim) also perform. Other cult bands heading to Minehead include The Popguns, King Of The Slums and The Woodentops.

In the mod room there will be performances by Graham Day & The Forefathers (Graham is the legendary vocalist, guitarist and songwriter for garage/psychedelic icons, The Prisoners) Big Boss Man and The Bongolian

As ever Shiiine On continues to promote some of the bands of the future also. Make sure you check out the brilliant newcomers announced today Gazelle, Social Room, Level Red, The Lost & Found, The Belles and Callow Youth.

For the first time at the Weekender there will be a comedy stage. In an ideal way to shift the hangovers, there will be Sunday afternoon stand up performances from James Gill, George Wilson and Paul McCaffrey whilst the one and only Clinton Baptiste will perform…! I’m getting the word…… 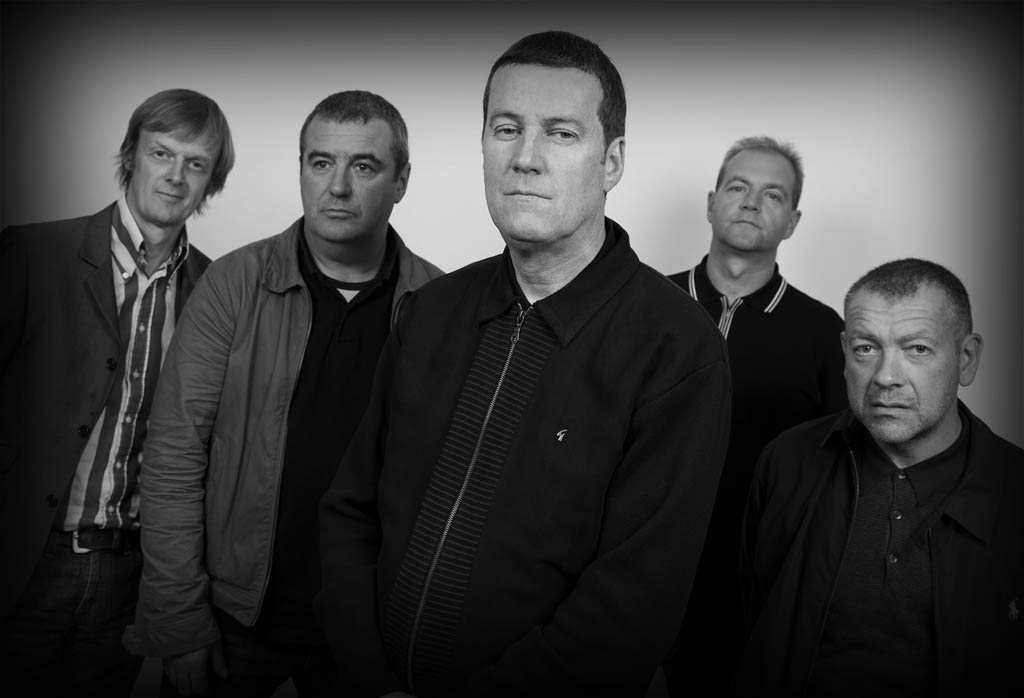 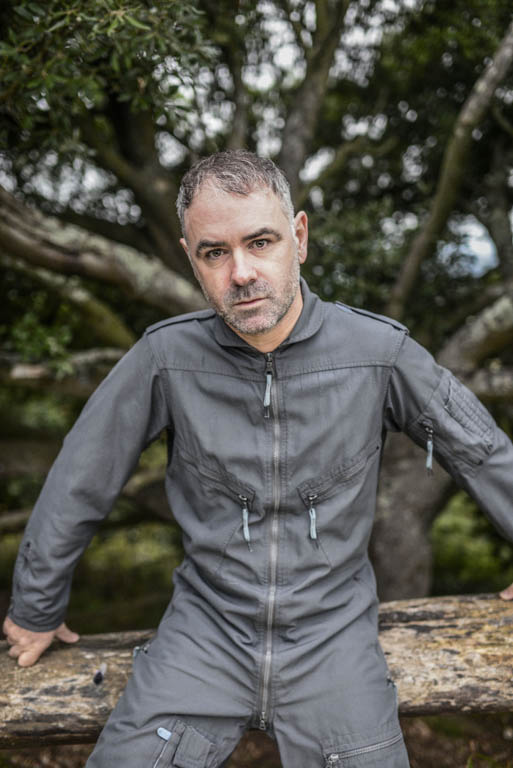 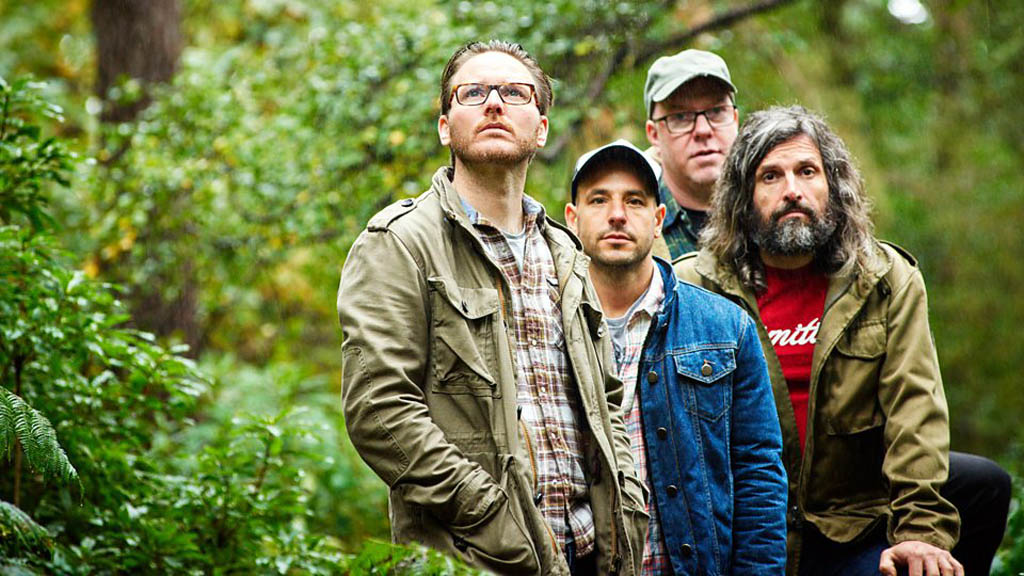 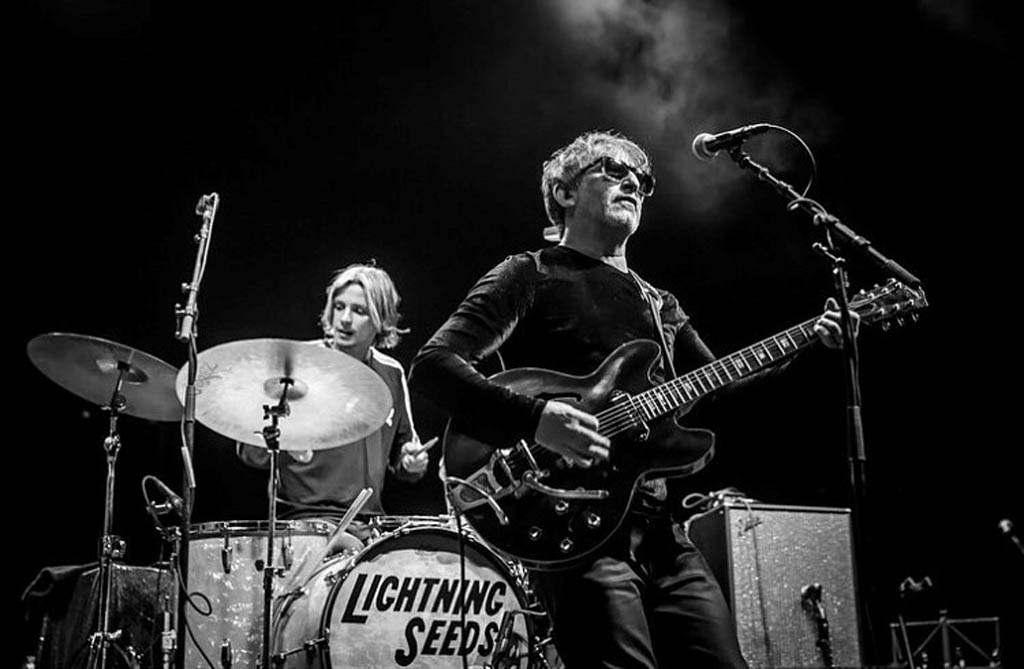 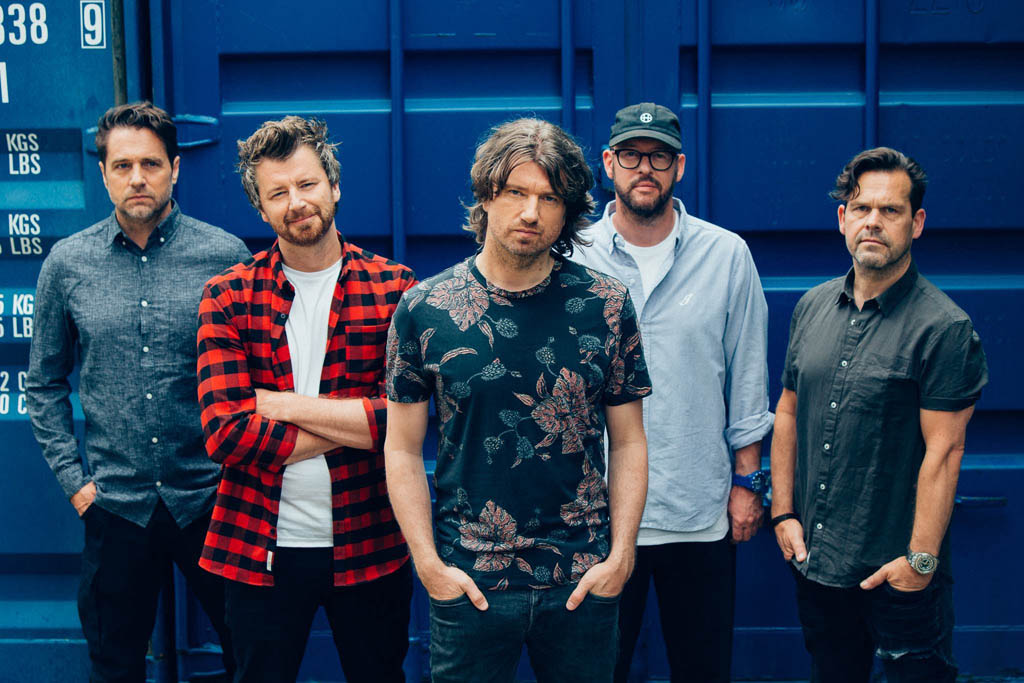 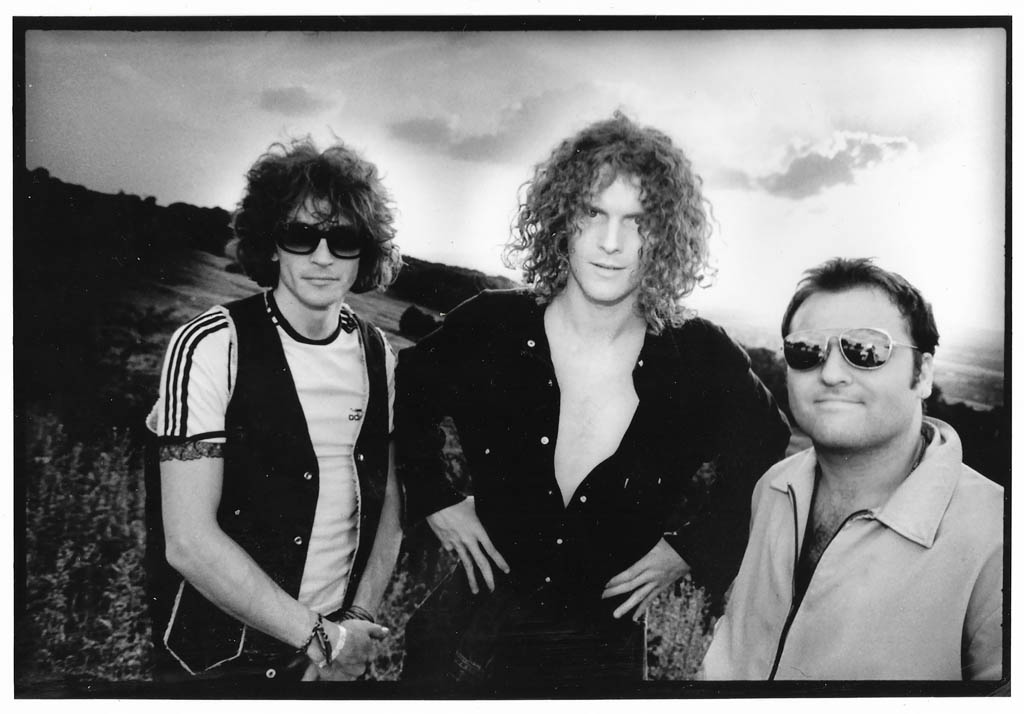 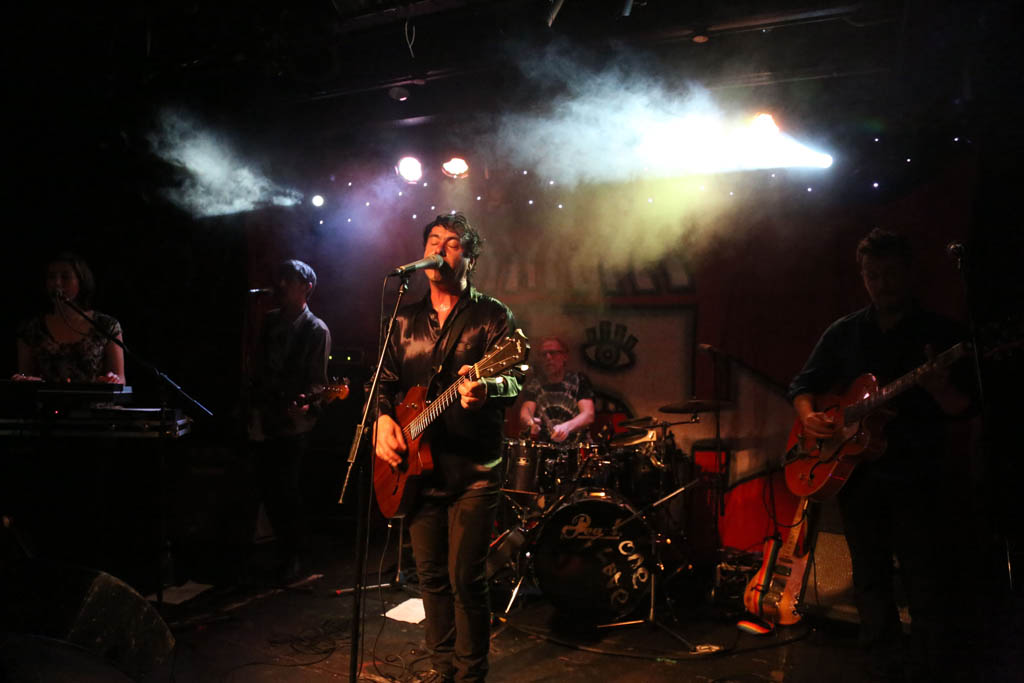 With a whole host of new acts still in the pipeline to be announced this is lining up to be the best Shiiine On Weekender yet. Over the coming weeks they will be announcing more main stage acts, cinema screenings, pool parties, club nights and exhibitions amongst much more.

All packages include 3 nights on site accommodation with a range of chalets available.

Full Line and Tickets: www.shiiineon.com and use NCB10 as promo code for reduced rate. Jake Marley’s Track Of The Week: Bright Orange Spectacle – She Could Get Better