The political poets of Dublin Fontaines DC kick off their long-awaited tour with a stellar
show at Liverpool’s Mountford Hall on Saturday night. Although forced to postpone dates
earlier this year, they more than make up for lost time with an unrelenting performance
from start to finish and an electric crowd of fans to match.

Following support act The Altered Hours, the post-punk five-piece arrive on stage to a
roaring applause and launch familiar favourites Televised Mind and A Lucid Dream – perfect
openers that set the audience alive from the get-go. Fontaines deliver hit after hit from both
hard-hitting albums, their debut Dogrel and the Grammy-nominated A Hero’s Death that
followed. A huge set with the likes of Boys in the Better Land, Liberty Belle and Big (one of
my favourites of the night) left no room for stage small talk or pauses for breath in between,
all of which fuels the rowdy crowd and intensity in the room.

The band play tight throughout, even darker and harder than on record, while vocalist Grian
Chatten owns the stage with no need for frills. He paces somewhat nervously and fidgety
but equally as engaging with tambourine in hand.

Fontaines draw on themes of austerity and gentrification in aggressive, almost violent lyrical
attacks, but also encapsulate the subtle joys and freedom of youth in other tracks that unite
and uplift. This dynamic creates an all-encompassing emotional experience that translates
just as well live as it does at home and is something they can do like no others.

Before closing with a raw performance of Dublin City Sky, Fontaines play A Hero’s Death.
Lines such as, “Tell your mother that you love her, and go out of your way for others” were
a sign of not only a clear fan favourite, but of the times we’ve endured in the last eighteen
months. The track brought everything together – the gathering of like-minded fans, the
return of live music, and even the launching of barely-sipped pints – in a blissful full circle
moment of positivity. Life ain’t always empty and certainly not at a brilliant opening night
like this. 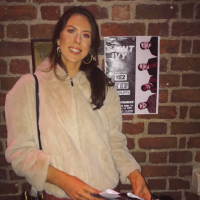