Initially I considered I must have misread it, but no, a happening was indeed…happening.

Barry Adamson ex- of Magazine, on/off Bad Seed and purveyor of his own unique visionary sounds that have found themselves on revered soundtracks as well as his own richly rewarding solo back catalogue was playing a gig in a church in the middle of the satellite belt of what was once cottonopolis, and also in the middle of the festivities that celebrate the birth of “naughty boy” Messiah and those that welcome in a New Year. Joe Graham of The Snug, a coffee house and live venue in Atherton, had pulled off quite the coup in attracting Adamson to perform and as such had relocated the gig to the more reverential, and given the time of year, more relevant setting of the beautiful St George’s Parish Church in Tyldesley. With a bill stretching to five acts including Adamson and with alcohol on sale it meant that many in the audience had overdone things by the time of the main act which in turn meant that there was an element of that blight of the modern gig-going experience, the chattering classes, to the extent that it seemed many had not even realised the main act had taken to the stage.

But enter he had, dressed head to toe in black like a Bond villain or alternatively in this setting, an errant priest, Adamson set about the rammed St George‘s with the discombobulating ominous strains and verbal jazz riffings of The Beaten Side of Town from 2008’s Back to the Cat. The nods to Twin Peaks that lightly puncture the song are a reminder that David Lynch, on hearing Adamson‘s Moss Side Story made contact with the Mancunian maestro to collaborate with him on Lost Highway, which for those familiar with Barry’s work prior to that link up, made perfect sense. New song Sam Cooke then took hold with its powerful soul opening, and Adamson was soon matching the grooves with moves that belied his advancing years as he belted out “Lady you shot me!” It’s a winner! Another new song Cut to Black was aired, and both served as tantalisingly teasers to whet the taste buds for the new album set for release in late 2023/early 2024. When you are as in demand as Barry Adamson is for remixes, soundtracks and much more, sometimes your own work takes time to attend to. Cut to Black is straight out of the Adamson songbook, it’s a dramatic string laden soundtrack with the Scott Heron contradicting insistence that “the revolution will be televised”. Indeed, I would suggest that due to the majestic sweep and sway of much of Adamson‘s oeuvre his thoughtful and clever lyrics are often overlooked, which brings us to the magnificence that is Come Hell and High Water from 1998’s As Above So Below. The sultry sizzle tonight is accompanied by lascivious lyrics; “This tale’s been told a thousand times/So I think that I should’ve known better/Than to supplicate a girl on pedestal shoes/No pants and a real tight sweater” and the life supporting “And the silence is louder than a H bomb/That explodes when I close my eyes/Sending shock waves to the town you’re from/In the hope that you’ll stir and come alive“. Having thanked the organisers for inviting a “wayward fella like me to these parts” he strapped on his guitar and delivered a jaw dropping-ly beautiful Broken Moments which, with it’s easy West Coast vibing “ba da da dum” and heart-altering chorus, saw mass participation as the audience was finally whipped into shape.

From now on in this was set to be a breeze as Adamson, a demonstrative and mesmerising figure decided to stir us from his and our “post- Christmas comatose” stupor by channelling his inner Dylan with the gorgeous countrified ballad The Climber, which he dedicated to “a friend of mine from just down the road in Leigh, Mr. Pete Shelley“. For Walking in the Rain Adamson asked the audience to stand, a position they remained in, becoming more and more enraptured by the dizzying genre-hurdling offerings on offer this evening as evidenced by the breezy jazz inflected Straight ’til Sunrise. Adamson‘s voice is a mellifluous weapon that effortlessly moves between high and low registers and tonight it is on top form, most notably on the Lynchian terror and disturbing dark dance of They Walk Among Us where it is in it’s element. The brassy and breezy Civilization sees outbreaks of dancing in the pews, along the aisles and up the altars as the crowd trans-morphed into a distinctly ramshackle choir that had been at the altar wine. It was like the church scene from The Blues Brothers and was a suitably frenzied finale. Adamson said his goodbyes but it appeared the good people of Tyldesley, Atherton and beyond were refusing to budge so he returned, and having covered practically every genre available up to this point, Still I Rise saw trip hop energetically tackled with further lyrical dexterity before an extra special treat, a remix of the quite wonderful Jazz Devil with Iggy‘s Nightclubbing providing the hypnotic backing refrain. And then he was gone, this time for good as the apt and ageless voice of Terry Hall and The Specials ushered us out of St George‘s.
To see Barry Adamson in such a setting and at this time of year was a pitch- perfect Christmas gift.
Review by Prince Far Out 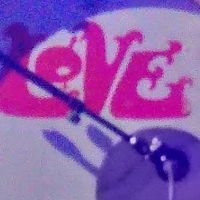