If we’re happy we’ll say nice one. If we’re not, you’ll get a swift jog on. So, when Louisa Roach from She Drew The Gun throws her word-smithery over the rhythmic soundscape of new album Revolution Of Mind, you know she’ll be saying what she thinks.

And she certainly does not mince her words.

The full album is due to be released October 5th 2018 by Merseyside’s own Skeleton Key Records.

In the meantime, take a listen to single ‘Resister’ and read on for Urbanista’s take.

If you were a fan of the first album, Memories of Another Future, you’ll be surprised by this newer sound. With James Skelly on production, this new album has a little more bite. The shackles have been thrown off. That original bluesy, folk-like sound has been traded in for a heavier, more electronic jam. That doesn’t mean they’ve changed. Rather, they’ve evolved.

If you were a fan of ‘Poem’ from their debut, you’ll be in good company with Revolution of Mind. There’s plenty to get angry about here.

Lyrically, there’s a lot to sink your teeth into. Think Kate Tempest styled verse with a scouse inflection. Think Courtney Barnett upstairs in The Jac. But where the first album was quick to show its cards, Revolution of Mind is a little less prescriptive. Less of the I’m an angry leftie with too much to say style. It feels a little older, a little more self aware. We all know the tories are twats, we don’t need telling.

Like with the world, there’s a creeping sense of apathy in Revolution of Mind. We’re distracted by screens in our pockets. By websites like this. Roach tackles those issues head first in Paradise.

“There’s a paradise on a plastic screen, a perfect life in the perfect dream.”

We all know about the social issues around us. It’s all we ever hear. And the more you see the homeless, the less shocking they become. So we revert. Back to our screens. Back to tequila. Back to a blackout piss-up or Love Island on the tele.

“Paradise, there’s trouble on the green, there’s nothing to believe, you’ve got everything you need.”

And like Roach, we know there’s trouble on the green. We know there’s nothing to believe in. And we know we’ve got everything we need. Or so we think.

“I know the night has other plans, but there are things to understand, so arm yourself with me, we have just words to make us free, and in my chest I know this beat, my heart will never know defeat, my song is unity, liberty, romance, so let’s dance dance dance dance dance.” The final track, Human, is the most similar to what we’ve heard from the band beforehand – dusty, folksy, reminiscent of Buckley and Dylan. So is earlier track, Between Stars… for about 20 seconds.

Then, like a foghorn from the Mersey, the bass kicks in and we’re off again – a grungey beat, punchy percussion, a shit-tonne of reverb. Over which sits Roach’s scouse accent and her stream-of-consciousness styled spoken verse.

There’s plenty here about lack of connection. About tension. About bruises. About earth-wide rigor mortis. But always, the positive notes creep back.

“You’ve gotta keep your head up, find a good heart.”

The album feels bi-polar. There’s self awareness. There’s world awareness. But there’s always the temptation to get lost. To have a smoke. To grab a pint. To swerve the fact there’s food banks. To walk past the homeless. To ignore the ever bigger gap between rich and poor. Who can be arsed anymore?

We thought we’d sorted it all when we bounced round Prenton Park chanting for that fella who called the numbers at Bongo’s last month. Well it clearly didn’t work. Or, it takes longer than anybody ever fucking realised.

Roach talks about being tired of the talking, about wanting to fly away. We can definitely connect. She’ll grab your attention with this common interest before hitting you with the facts.

For an album of it’s time, Revolution of Mind is completely on key. We don’t wanna be told about what’s wrong with the world. We already know. We don’t want it to continue but how the fuck do we stop it? It’s easier to sack it all off and just dance dance dance but we’ve got to make a change.

The first step? Sharing tracks like this. Art makes a difference when it comes from the ground up. We’ll get fuck all from those with their suits and their tax havens, so it’s down to the likes of Roach and She Drew The Gun to help change the script. Sound like something you’d be interested in? Take a listen. Get angry. Tell ya’ nan.

SHE DREW THE GUN ‘REVOLUTION OF MIND’ TRACKLIST: 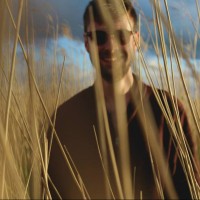