It’s all in the title- What a belter of a festival!

Reminisce at Sherdley Park, St Helens was back with a bang and it did not disappoint.

Upon arrival the idyllic scenery of the park itself was enough to get excited, mixing with festival go’ers on route to the centre of the baseline that could be heard in the distance gave a sense of knowing it was gonna be an epic day.

Entering the park which boasted of 6 Arena tents, fairground rides, numerous eating establishments, glitter booths and much more gave you an instant festival vibe, no long queues to get in and the toilets were even stocked up with decent toilet roll which is an instant thumbs up.

The crowd absolutely buzzing from start to finish and the magic in the atmosphere could be felt all around.

Weekend highlights came in the form of

Urban cookie collective who brought it hard with their smash hit “The Key, the Secret.

N-Trance blew the stage up with power vocals by Lynsey Jane Barrow and Mc B on “Set you free”,

And to top the night off Kristine Blonde with “Loveshy”, got everyone wanting more!

Reminisce has built its reputation slowly but surely over the past 4 years.

Its extraordinary ability to match quantity with quality was on the money and I’m predicting bigger and better for this North West festival to easily contend with the big guns.

Massive thanks to Sasha at Hush PR and all at reminisce for the invite.

And special thanks to Ryan Worthington for the images. 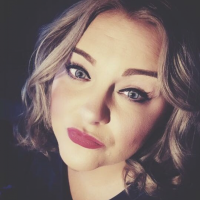 Cigarettes After Sex – Add Liverpool to their anticipated UK Tour.