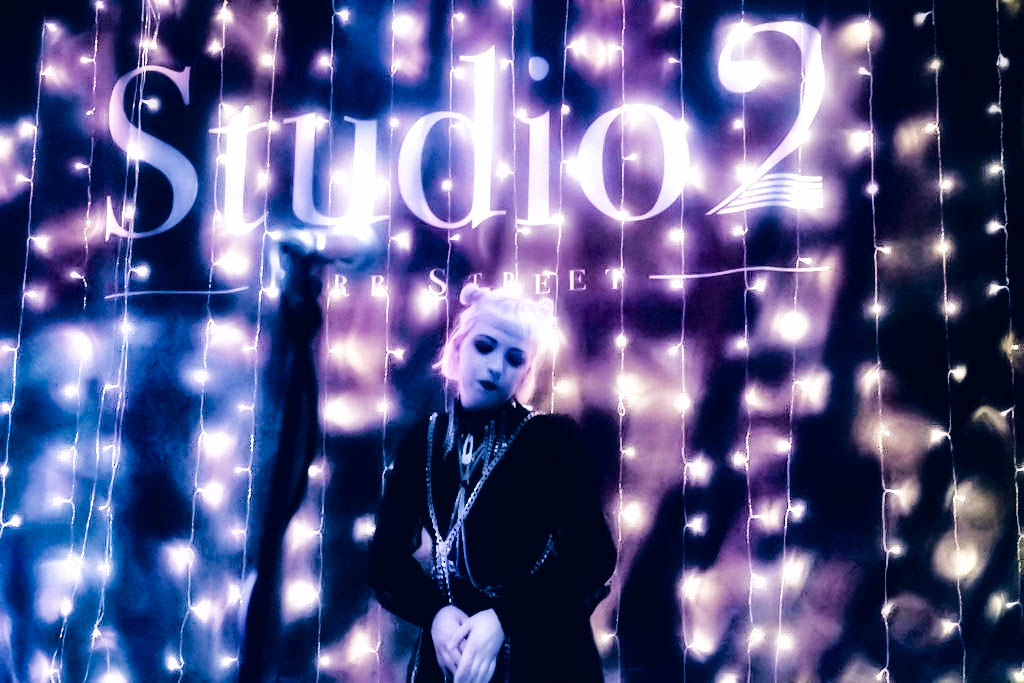 Sometimes when fate appears to deal you a blow, it’s actually steering you in the right direction.

Take tonight for example. Back in the summer when Adam Ant announced his “Friend or Foe” tour including the Liverpool Philharmonic – I decided to apply for a photo pass. Theatrical acts are always interesting to photograph, and there’s a lot of interest in Adam.

After applying through the usual channels and drawing a blank, I went on a mission, and ended up speaking to a very nice chap in a high position who kindly offered to sort me out, and sure enough a week before the show I received the contract.

But on Monday I realised that my daughter could no longer babysit and my partner was working late, so I wouldn’t be able to do it after all.

I’ve done pretty well on photo-passes this year so I can’t really complain. Grace Jones for example was #2 on my “want to photograph” list, so it was a delight when that came off. It’s also a long time since I danced to “Stand and Deliver” at the school disco!

But, when you jump through hoops to do something, and it’s all coming together nicely, only to fall through at the eleventh hour, it leaves you feeling a bit flat.

All was not lost however!

The promoter for tonight’s show asked last week if anybody at Urbanista wanted to review/photograph the show. I didn’t really look to be honest because I had The Woodentops on Monday (loved them since I bought Giant back in the day, Rolo even DJd at one of my nights once, so I really didn’t want to miss that show) and Adam on Tuesday. My missus is off to cover Shiiine On, on Thursday so we really needed 1 night this week to touch base (and no, that’s not a euphemism!)

When I had a look at the facebook event for tonight’s show, I noticed that my friend I met at the Skating Polly gig (so obviously has amazing taste!) was down as going so that immediately got me interested.

As it turns out, he runs their fan page so I was really intrigued.

Then I saw this video:

and I think subconsciously I probably wanted Adam to fall through 🙂

Certainly, with the benefit of hindsight I’ve absolutely no regrets about how things turned out at all!

Probably helps if you like Bjork (which I do). Unlike Bjork they don’t just sing with an Icelandic accent, they actually sing in Icelandic!

Since I don’t speak icelandic, for all I know, their songs could be about a shelf falling down because they got the wrong size rawlplug from B&Q (joking, translations are online), but they sound amazing! As I learned from The Cocteau Twins many years ago – you don’t need to know what a band are singing about to enjoy them, it’s how it sounds and how it makes you feel, and this band transport you to a very special place indeed!

With 4 bands on the bill, first up was Rongorongo

If I had to describe Rongorongo in one word, it would have to be “Intriguing”. They are very hard to pigeon hole (which is always a good sign to me) and at one point it felt like everyone in the band was playing a different tune, and yet it all came together as a wonderful whole.

The singer left the stage to get an old Nokia phone and read out a text from his mum – very surreal, and yet strangely satisfying.

When a night starts this good, you know it’s going to be a great night!

Next up were Double Echo

It was clear that most of the room was really into darkwave, so Double Echo immediately hit the spot with their old school darkwave synth. My mate was particularly impressed, and was planning on listening to their material when he got home.

Brilliant band, and we are only 2 bands in!

Next it was Body of Light

I didn’t have much time to check out the bands before the night. When Body of Light took to the stage, the synth player played a typical darkwave type tune and the lead singer stood with a very serious look, much like early Gary Numan.

It was a shock to the system when the synth player changed to a kind of eurobeat tune and the singer started dancing like he was in a nightclub in Benidorm. It shouldn’t have worked, but it did!

Their set consisted of a fine mix of darker and lighter tunes, with the singer doing some incredible dancing (and why not, it was his birthday!)

Finally it was time for the headliner Kælan Mikla

From the “Intro” ceremony and throughout their set, they were every bit as special as I expected them to be, more so in fact!

Superb darkwave tunes, and lyrics that sounded other-wordly, this is a very special band indeed.

At the end of the set it reminded me of the Skating Polly gig where at the end of the set, people like myself seeing them for the first time were dumbfounded by what they had just witnessed. A guy stood next to me said “I didn’t expect that, what an amazing band” and he was spot on!

They play at Gorilla in Manchester next year – if you can, then you should go. You won’t regret it.

All in all it was a great night, fabulous bands, great venue, friendly atmosphere and amazing value!

Bjork’s picture hangs on the wall to remind us that she has recorded next door in the main Parr St studio, I’m sure she would have approved of tonight’s proceedings!

Finally, a special shout-out to Moonfrog promotions and Pistis Negativa – thanks for inviting me, brilliant night, I’ve already got your next night in my diary! Track Of The Week: Psycho Comedy – Pick Me Up